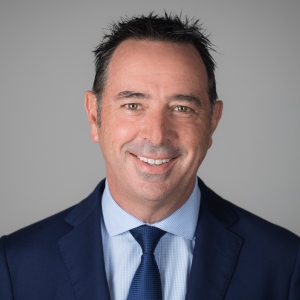 Charles commenced his media career in radio before moving to the world of out of home advertising, a sector which has become a life long passion.

In his role of Global CEO Charles has overseen two successful capital raising’s, the sale of the Australian ECN business in 2016 (to oOH! Media), and the continued expansion of ECN across Europe, with operations today in the UK, France, Germany, Belgium and The Netherlands.

In 2008 Charles established a highly successful B2B business model with the launch of Australian Media Channel Pty Ltd (Media i & MI-3). Today Media i is Australia’s most consumed trade media channel amongst media agency planner/buyers with more than 200 screens deployed in 70 offices across Australia. Charles is also President of Media EYE France a joint venture between ECH and Offremedia.

In 2017 Charles was the first media owner to be inducted into the Media Federation of Australia Hall of Fame.

Today Charles continues, in his capacity as Global CEO of Executive Channel Holdings Pty Ltd (ECH), to manage and drive growth of the ECH group of companies and investments. He also serves as the Independent Chair of the OMA and has a number of advisory and directorship roles.